I’d been running errands, and shopping, all day. I was tired, my sprained ankle was hurting, and I just wanted to get home. As I hurried down the aisle towards a cash register the french bread caught my eye.

It looked so fresh and soft and golden and… 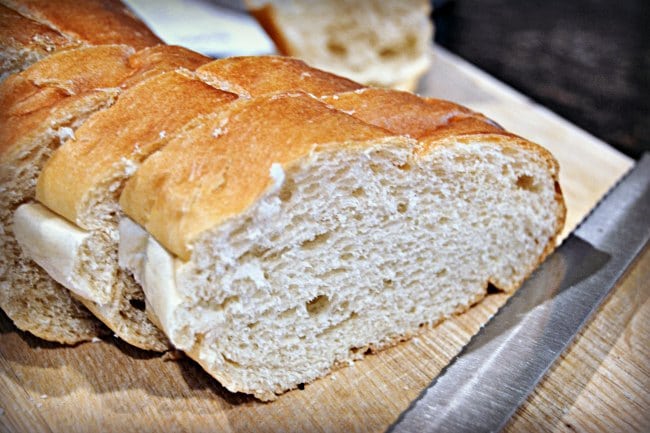 The next morning we enjoyed my favorite breakfast of french toast. I hadn’t made it in years, but it was like riding a bike…

I grabbed the eggs from the fridge and was reaching for the milk when I noticed the half and half hidden behind the yogurt.

“Let’s go with half and half,” I thought.

My daughter and her friend whisked together the ingredients. Then, dipped the bread slices into the mixture as I melted butter in the cast iron skillet. 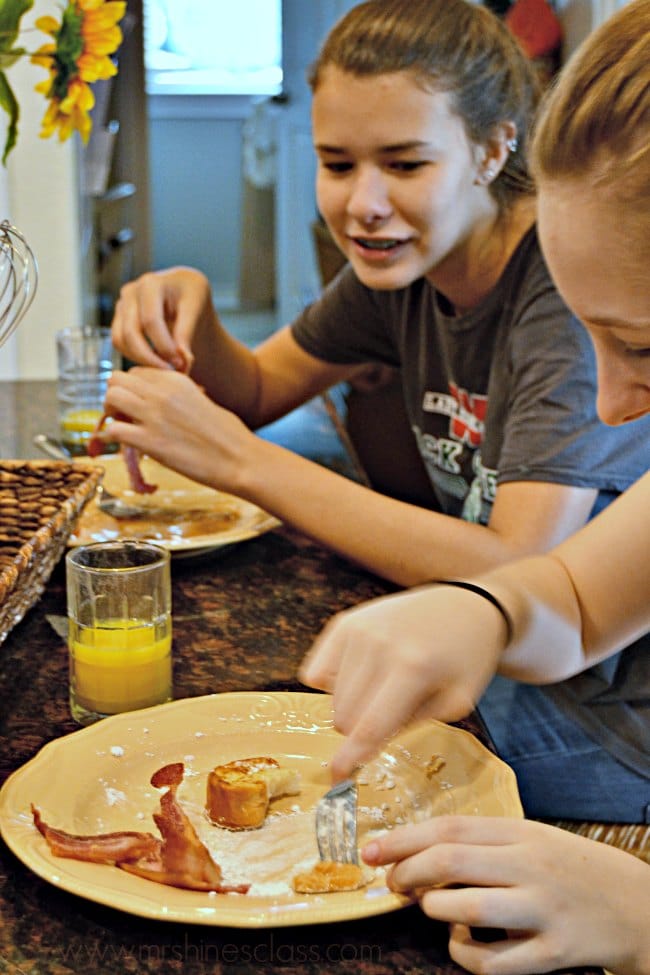 Once some of the french toast was ready, the girls were suddenly off duty and enjoying breakfast. They were so excited about the toast that they didn’t even wait on the bacon.

I was still cooking, tending to the bacon and waiting on the last batch of bread to turn golden, when I heard,

“Miss Sharon this is so good! It’s better than my Mom’s.”

Then, my daughter chimed in, “oh my gosh, Mom. This is so good.”

By this time, Matt was eating too, and he echoed their sentiments. 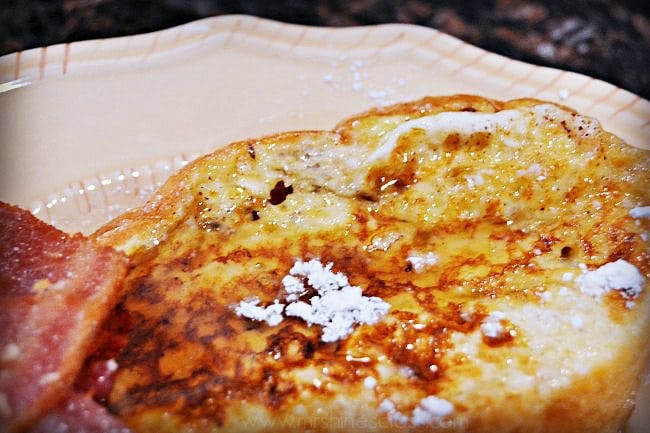 I was one satisfied momma. And I’ll tell you what, as I took my first bite of that sweet, slightly crisp bread with syrup drizzled on top, I was a pretty dang proud momma, too.

I think the secret was the half and half and the cast iron skillet. I guess that’s two secrets, but I wouldn’t leave either one of them out. Anyway, here’s my french toast recipe. 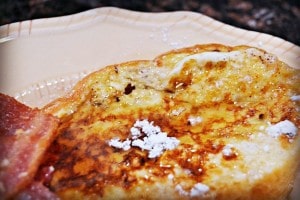 Warning: A non-numeric value encountered in /home/mrshines/public_html/wp-content/plugins/getmecooking-recipe-template/recipe-template-functions.php on line 2787

This french toast is crisp, golden and just the right amount of sweet.

Measurements on the half and half, vanilla and cinnamon sugar are estimates. Serving suggestion based on 1/2 inch slices, 2 slices per person.

Serve it with a couple of slices of bacon, some fresh fruit and orange juice for a delicious meal.

Easy conversation and simple living ideas straight to your inbox

Sittin' on the back of our jeep waiting for the fi

Ordinary moment no. 10 - The Fire Hydrant and the

Tap the link in my bio for more info -> @sharon_e_

Ordinary Moment #52 (There is no real list, I'm ju